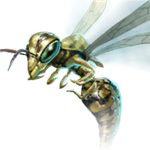 From the Monster Codex, players can use their collected Monster Cores to complete Codex entries, granting them additional stat bonuses. The highest level for each Codex entry is level 10.

Players can acquire Monster Cores by hunting monsters in each region and from Summon Boxes. Registering monster cores to the Codex provides bonus stats based on grade. In general, higher leveled monsters in later regions give more stats per Codex level and will also require more cores for each entry. The stats applied upon completing the Monster Codex can be reviewed in detail in the Codex window (Challenges --> Monster Codex). From this page, players can check which entries they have completed or identify missing entries that still need more cores. Stat bonuses from the Monster Codex may seem small individually, but put multiple entries together and it can make up a substantial portion of a character's Combat Power, making it worthwhile to invest time into completing all entries.

Not all monsters drop cores; for each region, only the Boss Monsters have entries that can be registered into the Monster Codex. For every Boss monster, there is one normal monster that also drops their cores. Cores for Field Bosses can only be obtained by participating in hunting said Field Boss; their cores cannot be obtained by hunting other monsters in the region.

Monster core drops are shared among party members. So a full party hunting monster cores in the same region would increase the chances of obtaining cores from normal monsters.

On top of stat bonuses, players will receive summoning stone fragments when they clear certain milestones for Codex completion in each region. With enough of the same fragments, players can bind a summoning stone. These stones plant a gate at your current location, leading to a mini-dungeon full of rare monsters that drop a specific core for that region. The gate lasts for up to 30 minutes, or until all waves of monsters have been defeated. Such gates are accessible to all players who can find it, as such if you want a more private hunting experience, it is recommended that players summon the gate in a secluded part of the map (or in your Clan Hall). Most players would not search the edges, save for a few treasure hunters looking for random Treasure Chests.

Completing the achievement for collecting monster cores grants an extremely large amount of achievement exp. It is a worthwhile investment for raising your achievement levels.

All the content in the tables are obtained from the following link shared to me by an acquaintance who can't remember where he got it. I have no intention to steal any effort made by people out there so if the following link belong to you, do let me know so i can credit you for your great work. As my progress is slow still at wasteland, i decided to share the information sooner to benefit the community.

Forest of Secrets Site of Slaughter[]