Gludin Highway is a region in the world of Lineage 2 Revolution.

The town of Gludin, center of the Gludin Highway, is a port city famous for its trade with Elmoreden and Gresia. After the destruction of the Elmoreden Kingdom, intercontinental trading ships disappeared with only the ship to the Talking Island remaining. The area has been left a silent cemetery, devastated by a pestilence cast by an unidentified Dark Wizard.

The surrounding area has become barren of crops or any vegetation introducing a year of famine and anxiety to the residents of Gludin Harbor Village. When you leave the village, be careful of Ol Mahum, a bandit who loots the village harvest and passing merchants. 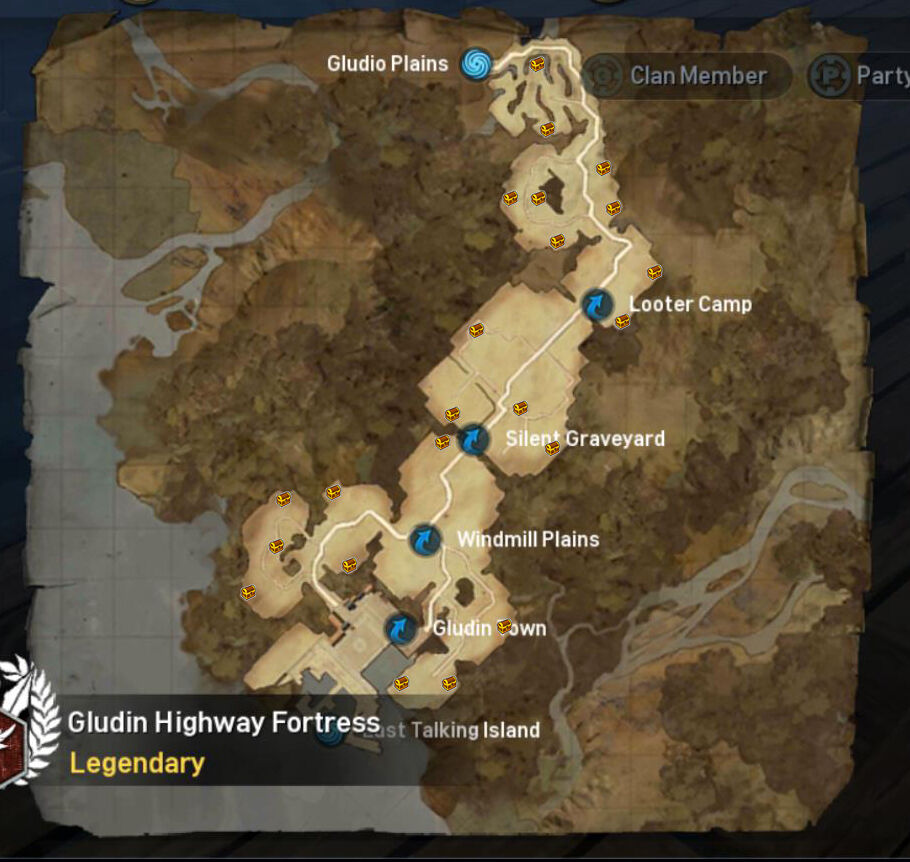